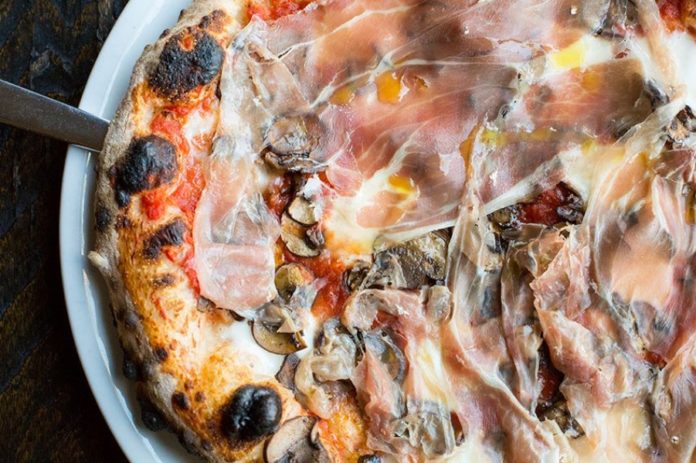 While his crew has been holding down his Neapolitan pizzeria in Rancho Santa Margarita, Steve’s been working on 2 new restaurants in Downtown Paso Robles.

He’ll bring his award-winning pizzas, plus a full menu of Italian bistro fare, martinis and more to 12th and Park. The restaurant will be housed in a beautiful brick building near the intersection of the streets the space is named after.

Though he started build-out on this restaurant first, Steve opted to open a different concept sooner instead.

Vine Restaurant, a New American Grill featuring local craft beers and more than 60 wines available by the glass, will open in the former Roberts Restaurant & Wine Bar at 1218 Pine Street. Steve’s been documenting the process as that restaurant undergoes a facelift, and there’s a buzz among locals about the restaurant on social media.

Though dates are tentative, Vine is slated to open before the end of 2016, and 12th and Park is scheduled to debut in the spring. Follow the restaurants as they are built on Facebook here: 12th and Park and Vine Restaurant.