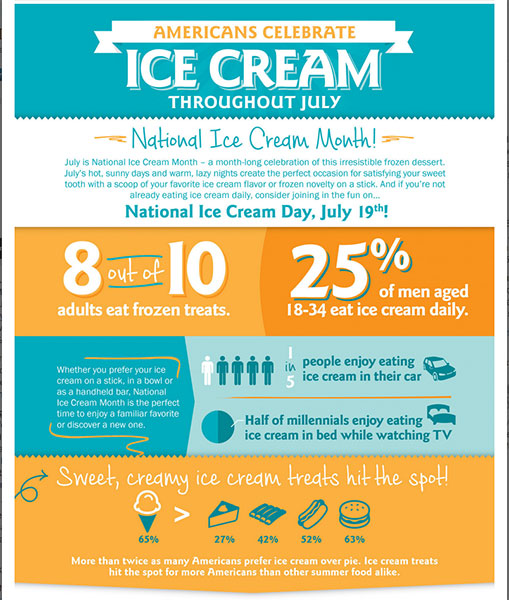 July is National Ice Cream Month! This week Mars Ice Cream released the results of an online survey, conducted on their behalf by Harris Poll, which reveals that two out of three (65%) Americans say ice cream is among their favorite food to eat during the summer. Millennials, more than any other age group, say ice cream is their favorite summer food. Americans are more than twice as likely to name ice cream (65%) over pie (27%). And ice cream treats hit the spot for more Americans than summer’s savory standbys of burgers (63%), hot dogs/brats (52%) and ribs (45%).