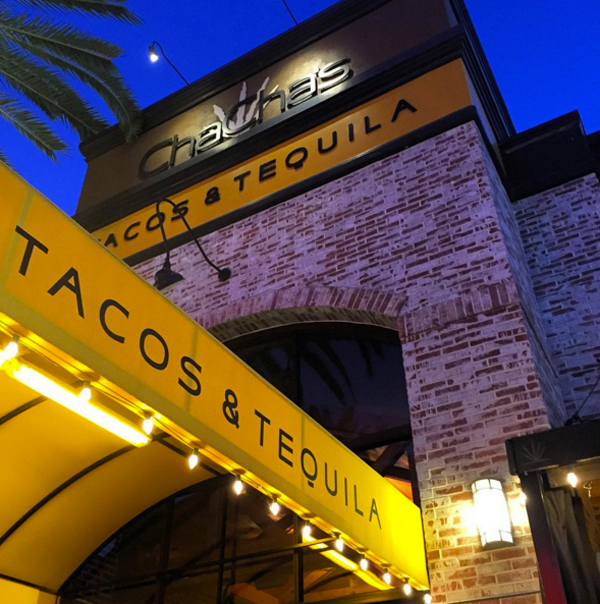 The Popular Brea Downtown Restaurant Dedicates Event And Special Margarita To Long-Time Employee Diagnosed With Cancer
Cha Cha’s Latin Kitchen in Brea Downtown is dedicating its seven-year anniversary to long-time employee, Jaime Palomar, who was recently diagnosed with Renal Cell Carcinoma, a type of Kidney cancer. On Thursday, October 20th, proceeds from the anniversary event will go towards Jaime’s surgery. Jaime has been an integral part of the Cha Cha’s family for the past four years as Head Butcher. Nightly he cuts, mixes and cooks the dishes that guests enjoy. From creating the homemade chorizo, preparing wood-oven carnitas, marinating the carne asada and braising the short ribs among many other things. Cha Cha’s Latin Kitchen is committed to supporting Jaime through this difficult time to help get him back to good health.

The anniversary event will feature a live Latin band, food and drink specials with a percentage of sales benefiting Jaime, and a raffle fundraiser. Starting at 5:00 p.m., party goers can enjoy lobster specials, tequila flights featuring Asombroso 100% Blue Agave Tequila. Additionally all proceeds from a special margarita in Jaime’s honor, “The El Palomar,” made with Asombroso Blanco 100% blue agave tequila, fresh serrano chili, orange liqueur, freshly squeezed lime juice and a float of hibiscus, will go towards his surgery. Guests who cannot attend the anniversary can still support by ordering “The El Palomar” margarita and all proceeds throughout the month of October will be donated to Jaime.

“We are proud to be celebrating Cha Cha’s 7th anniversary and owe much of our success to our amazing team. We dedicate this anniversary to Jaime The Butcher,” exclaims owner, Don Myers. “He is truly is a big part of our family here at Cha Cha’s and we thought this would be a great way to help support his recovery.”

Chef Joe Martinez will be offering the following lobster specials:

Great Taste Magazine - February 18, 2020
Boomtown Brewery is celebrating their fifth anniversary of brewing choice beers in Los Angeles. Talk about a reason to celebrate! They’ll be throwing an...

You Are Invited To A Very Special Wine Dinner